She is one of the most famous spies of post-Soviet Russia, but now Anna Chapman has a new career – as a clothes designer. Her range of dresses and handbags, under a label that will bear her name, was launched at a fashion show in Turkey earlier this month and will soon go on sale in Russia. Chapman, who was deported from the US to Russia in 2010 after a long-term Russian intelligence operation of so-called sleeper agents was uncovered by the FBI, claims her new mission is imbued with the same values as the old one, and is inspired by Russian patriotism. 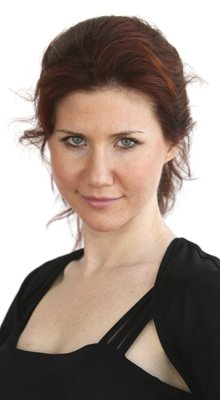 Anna Chapman. Photograph: (Bloomberg/Getty) "I find it very sad that we managed to send people to space, but we couldn't organise a proper textiles industry in our country," said Chapman, in a response to written questions from the Guardian. "If we want to stay independent from everyone who is trying to influence us, then we need to produce our own things, then we need to give work to our own people and learn together." Some of the handbags in the range feature the covers of Russian literary and revolutionary classics, such as Nikolai Chernyshevsky's What Is to Be Done? Aside from the traditional winter garb of fur coats and hats that are still worn by many of the older generation, Russians tend to look west for their clothes, whether it is the super-rich purchasing the most expensive European designer labels, or Moscow's new middle class shopping at H&M and Zara. But Chapman says she feels many Russians are unhappy with this. "We have a significant group of people who don't like wearing clothes that bear a different ideology, and have a design that is oriented more to the west than to our own culture," she said. "I was inspired by Russian culture, particularly of the Tsarist period. I wanted to make something that was part old-Russian, part modern." 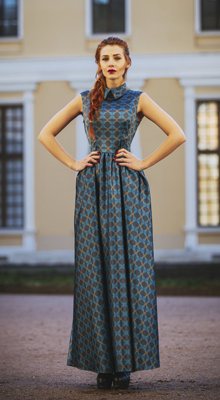 One of Anna Chapman's dresses. Photograph: Nick Rudenko Chapman, who once lived in London and takes her surname from the Briton to whom she was previously married, was one of 10 Russian sleeper agents deported from the US. On their return from America, the expelled agents met the president, Vladimir Putin, and reportedly sang patriotic songs together. Many of them were then given lucrative advisory positions in state companies, and Chapman herself was made an adviser to the CEO of a Russian bank. While the other former spies have disappeared into the shadows since their return, Chapman has become a public figure, and has positioned herself as a patriotic role model. She linked up with pro-Kremlin youth movements and has her own television series, devoted to the pseudo-scientific debunking of mysteries. She has used her "Bond girl" image to take part in photoshoots for men's magazines, and last year tweeted a marriage proposal to the former NSA contractor Edward Snowden, who was granted asylum in Russia. When asked whether the proposal was a joke during a television interview, she walked out. She says the fashion line is her main project now, but she continues with her television series and is also doing "social work for young scientists". Her clothing range is based on what she feels is the ideal image of a woman, who should have "a strong enough will that she can crush empires, but at the same time is tender and caring". 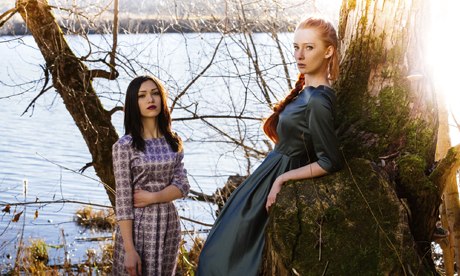 Two more of the spy's creations. Photograph: Nick Rudenko She says she does not know why she wanted to draw from Russian literature in the collection, saying it was an intuitive decision: "Why am I inspired by Russian literature or Russian culture? It's not in my mind but in my heart. Can I explain it? No, I just feel it. It's similar to the feeling I have about my mum."   http://www.theguardian.com/world/2014/jan/23/anna-chapman-russia-fashion-tsar

Anna Chapman dresses: the biggest shock is they're actually quite good